Miriam took part in this ride and writes:

Six (three Bromptons) of us gathered at Euston on Saturday 1st, sightly cool for June, and a minor route amendment was discussed to cater for closure of the Mall and Coronation anniversary celebrations around Buckingham Palace.

We rode, the aroma of roasting coffee in the street, to look at the Black Cat cigarette factory building, a wonderful art deco structure modelled on an Egyptian temple with two giant effigies of black cats and a frieze of cats faces! 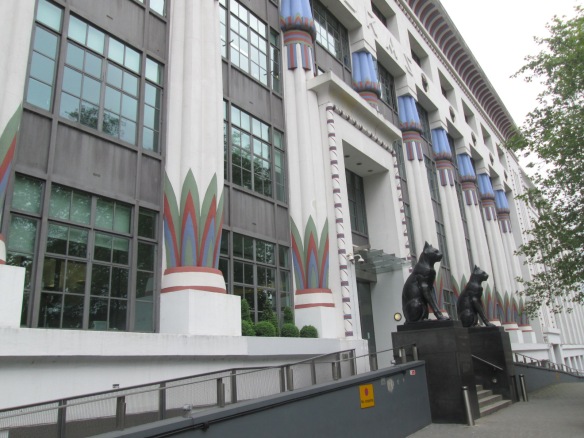 The ride took us around the edge of Regents Park to see fake house facades near Bayswater, above an old cut and fill tube line, and then on to the Necropolis Railway which took coffins and mourners to Brookwood Cemetery in Surrey at a time when London cemeteries were in danger of overflowing. 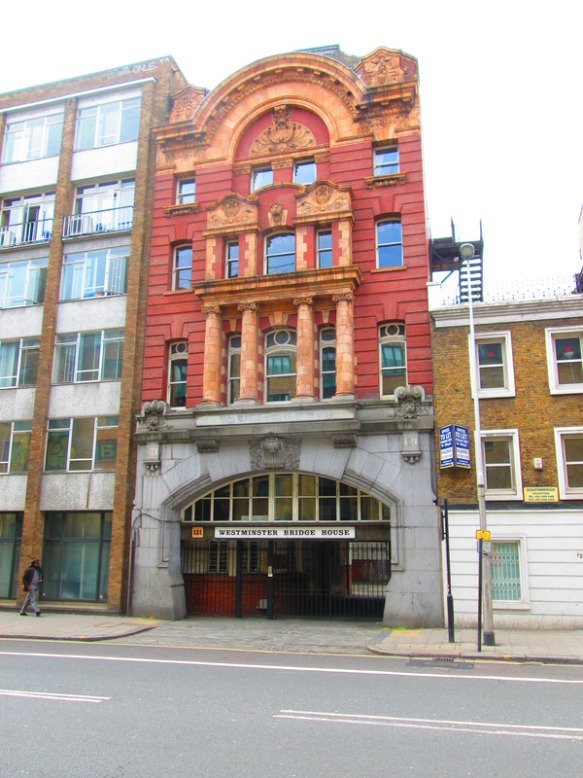 The Waterloo terminus of the Necropolis Railway

Our route took us under the railway lines at Leake Street to see several hundred square yards of very artistic graffiti before an al fresco lunch overlooking the Thames at Tate Modern.

We wove through busy Borough Market, down Tooley Street and over Tower Bridge to Wapping, the Ornamental Canal an oasis in the busy city, and to see the striking gable end mural celebrating the ugly Battle of Cable Street, the fight against fascism in England.

David at the Tower 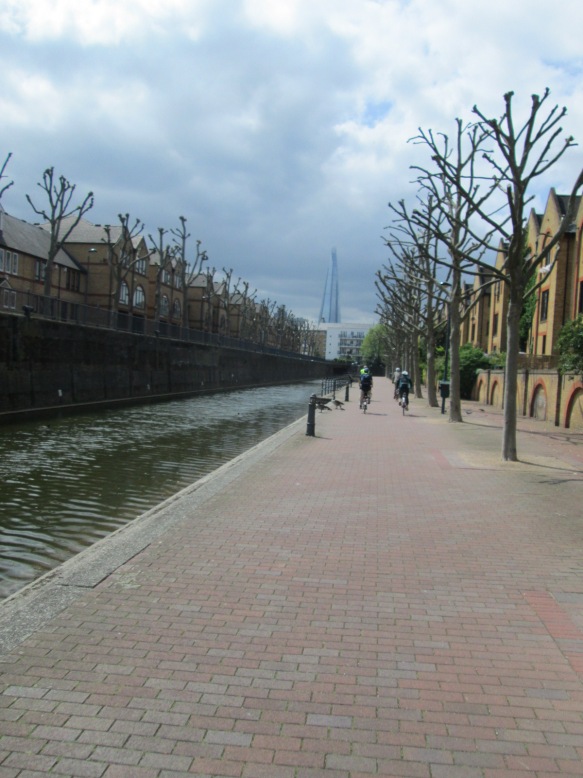 Pedalling alongside the Ornamental Canal

Miriam and Alex at the Cable Street Mural

We cycled through the world of banking and finance – Leadenhall Street, Paternoster Square and past St Paul’s – to see the Old Bailey and on to Postman’s Park to admire George Frederic Watts’ “Memorial to Heroic Self Sacrifice” – a memorial to ordinary people who had died saving the lives of others. 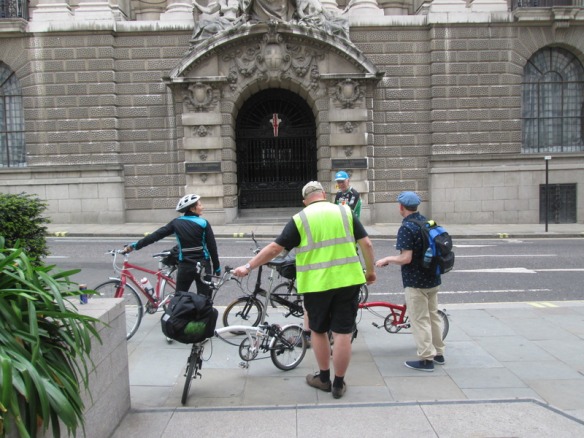 At the entrance to the Old Bailey

Having viewed the graves of many notable Nonconformists (including Daniel Defoe and William Blake) at Bunhill Fields we enjoyed welcome refreshments at the cycling cafe, ‘Look Mum No Hands!’. After Clerkenwell Green, we cycled past the large urban children’s park at Coram’s Fields (which adults are only permitted to enter if accompanied by a child) and Tavistock Square with its Mahatma Ghandi statue and cherry tree in memory of Hiroshima victims before returning to Euston. 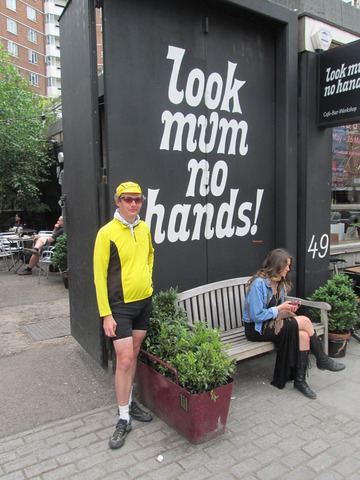 Most roads in London are flat and its possible to find quiet roads to avoid the traffic. The research undertaken by Iain and Ian (complete with handouts) and their route planning was exemplary; the day went smoothly as a result. Very enjoyable!